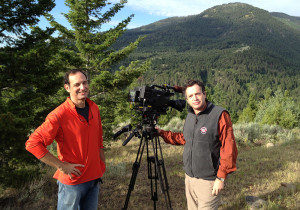 A SHORT FILM ABOUT OUR WORK 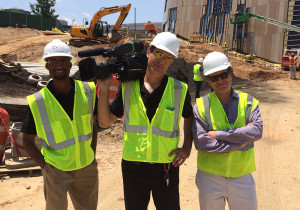 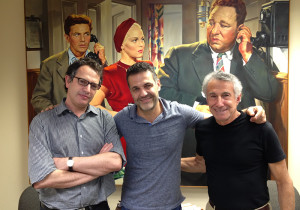 On-line and mobile video are exploding but most of it is ineffective and the need for video that actually grabs attention is more important than ever. In the age of social media it is authenticity and emotion that cuts through the clutter. David Lewis creates videos that keep people watching.

Demand for Video is Exploding

A digital generation ago organizations realized they needed websites. Today it is on-line video that is growing exponentially as viewers shift from TV:
-188 million Americans watch online video. (ComScore)
-Online video performed better than TV across every brand metric and for every vertical. (Nielsen)
-20% of on-line video viewing is of ads. (ComScore)
-Digital video ad spending will increase 46.5% in 2012 (eMarketer)
-Broadcast TV is less than 50% of 18-34 video viewing. (Harris Poll)

…but not all video is created equal

In an on-demand age when viewers multi-task with their mobile devices while watching TV, studies also show that much on-line video has little impact. As eMarketer puts it: “…this “on demand” ethos of the internet leaves consumers disinclined to be passive recipients of whatever content is aimed at them, commercial or otherwise. It’s imperative that marketers have something worth saying when they make a claim on consumers’ limited time.” (August 2012)

The video we get vs what we could get

Organizations now use video to tell their story to investors, employees, partners and consumers, whether in moments of crisis or triumph, whether talking through TV, Twitter or a website. PR and ad agencies do much of this work but storytelling using actors, scripts and press releases increasingly fails to engage distracted, video-literate audiences. Audiences now seek a sense of community through their “friends”, “likes”, “links” and “retweets” and the videos they watch must connect on a far deeper level than mere cleverness, humor or visual pizzazz. The videos must feel authentic and connect to the heart more than the brain.

When clients like Coca Cola, Spelman College, Newell-Rubbermaid, the Girl Scouts, UPS and Clemson need authenticity and emotion to communicate at this most impactful level, they call David Lewis. He’s a master storyteller who has created programs for the likes of 60 Minutes and Frontline, CNN, CNBC and FOX News. His corporate and non-profit work has helped build brands, raise hundreds of millions of dollars, transform companies, revitalize neighborhoods and aid patients facing deadly diseases. Whether speaking to Warren
Buffett or a hurricane victim, Bill O’Reilly or Triumph the Insult Comic Dog, a CEO or Salman Rushdie, David Lewis gets people to tell their stories from the heart and viewers keep watching.

You can see what C-Suite execs, non-profit leaders and media titans say about the impact of his work, here.

David Lewis began making films as a Harvard undergrad, has won many of journalism’s top awards, was the first CNN employee to be a Nieman Fellow at Harvard and is a 2012 graduate of Leadership Atlanta.