David speaks with author Neal Thompson about the origins of NASCAR and of its forgotten founders, Raymond Parks. Parks’ career with automobiles started with building cars for running moonshine throughout the Southeast. In the late 1940s, Raymond took the high road and was the winner of the first two NASCAR Championships ever awarded. Thompson’s book is called, Driving with the Devil: Southern Moonshine, Detroit Wheels, and the Birth of NASCAR. 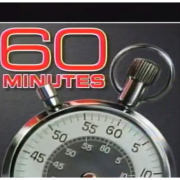 This is the promo for the 60 Minutes story by David Lewis Productions about nuclear waste disposal. 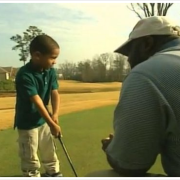 The Emmy-nominated piece done for CNBC’s magazine program, Business Nation. Anchor Tyler Mathisen was the on-camera correspondent for the program.

The story told the story of how an Atlanta businessman, Tom Cousins, took on the arduous task of transforming one of the worst housing projects in the country… and succeeded.

Warren Buffett happened to catch the program and has since joined with Cousins and Julian Robertson (of the Tiger Fund) to spread similar programs to multiple other cities under an umbrella called “Purpose Built Communities”. New Orleans is one of the cities and President Obama recently visited their project there. 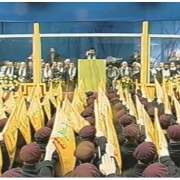 This 20-minute documentary was shot shortly after the horror of 9/11 and focused on the group the US government said would be “next on our list” after Al Qaeda. After lengthy negotiations Hezbollah granted Lewis unprecedented access to an American reporter. Lewis was producer, director and on-camera reporter for this story that was shot all over Lebanon, including the Bekaa Valley, Beirut, the Palestinian refugee camps of Sabra and Shatila, the border area with Israel and elsewhere.

Perhaps the greatest food story in 2010 is the emergence of street food carts and street food vendors in Atlanta. However, rather than typical fair from yesterday’s roach coach, these trucks and vendors dispense for gourmet and original food. Additionally, these vendors are more sophisticated by using social media like Twitter, making them easier to find. AJC Food Critic John Kessler stops by and talks to David Lewis about this new revolution in Atlanta dining. 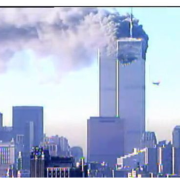 Promo for the CNN documentary about how different countries around the world fight terrorism. 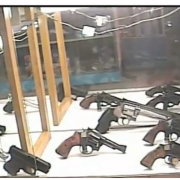 This CNBC investigation of illegal financial activity and terrorist financing in Latin America was done for their magazine program, Business nation. Shot in Asuncion and Ciudad del Este, Paraguay, Foz da Iguacu and Sao Paulo, Brazil, New York and Washington, DC. This shoot required massive security because of the possibility of street crime and took us on hidden camera shoots of gun stores and stores selling counterfeit goods, inside mosques in the heart of the jungle, out on patrol with Brazilian river police, on raids with Paraguayan Special Forces and inside many unique situations.

The on-camera reporter was Trish Regan. 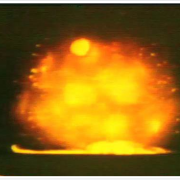 A CNN Presents documentary on the possibility of nuclear terrorism: who would want to try it, how they’d do it and how to stop it. A group project shot all over the world, the portions done by David Lewis were shot in Hong Kong, Macau, Los Angeles and Long Beach, Boston, New York and Washington, DC.

The filming involved hidden camera shooting in Macau, on boats in the South China Sea, in container ports in Hong Kong and Los Angeles, going on patrol with Coast Guard teams and many other unique environments.

Experts included: Graham Allison and Matthew Bunn from Harvard, Stephen E. Flynn from the Council on Foreign Relations and Physicist Matthew McKinzie from the NRDC 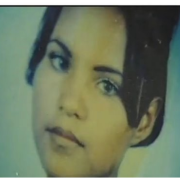 This is the promo for a piece for 20/20 Downtown investigating the horrific string of serial murders that have been occurring in Ciudad Juarez, Mexico. Just south of El Paso, Texas, Juarez is a home to American manufacturing facilities and insane drug violence as well as the serial murders of hundreds of young women.

The story was done with 20/20 reporter, John Quinones, and featured interviews with FBI officials, parents of victims and experts and officials on both sides of the border.