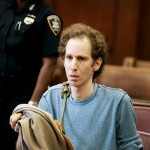 David chats with New York Times reporter John Leland about his article “Online Battle Over Sacred Scrolls, Real World Consequences.” This article tells the tale of Raphael Golb who was recently sentenced to six months in prison for cyber-stalking. And while most of these cases involve celebrity obsession or crazed lovers, this case involves two noted experts on the Dead Sea Scrolls. Raphael’s father, Norman Golb, is one of the world’s few experts on the Dead Sea scrolls. After seeing his father disagree with another noted expert Raphael took to the internet to discredit the work of Lawrence Schiffman, another noted expert on Dead Sea scrolls.

Larry Tye – Satchel: The Life and Times of An American Legend