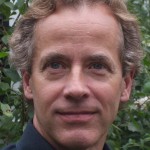 David chats with journalist Dick Lehr about the trial of Whitey Bulger. Former Mob boss Bulger was captured two years ago after 16 years on the lam as one of the FBI’s most-wanted. After covering the entire search for Bulger, Dick Lehr is now lucky enough to cover this high-profile trial which features an incredible cast of characters from Whitey’s past including his go-to hitman and bookie.