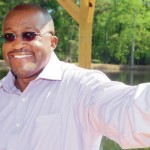 David is joined by Dave Moody, founder of C.D. Moody Construction, to talk about his experiences dealing with sexual abuse. Among Moody’s many accomplishments, he has worked on designs for Turner Field, the World of Coke, and the new Falcons stadium. However, he held a secret throughout his successful career. At age 10 Moody was sexually abused by a male babysitter, a secret he kept from anyone until 1992 when he told his wife. Since then, he has slowly learned to share his story and help others in the same situation realize that even throughout this horrible experience he has been able to become successful.