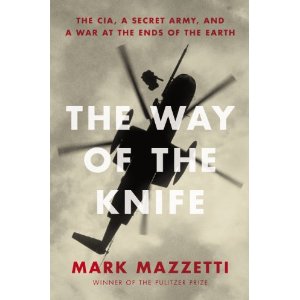 David concludes his interview with NY Times national security correspondent Mark Mazzetti about his new book The Way of the Knife: The CIA, a Secret Army, and a War at the Ends of the Earth. Pulitzer prize-winning author Mazzetti’s latest work takes a look at the transformation the CIA has undergone in the “war on terror.” While the transition from intelligence gathering to manhunt operations has been touted as a more streamlined approach to combat, it has led to a battle of supremacy between the CIA and the American Military.